I would expect that we would see a Ruby 1.9.2 at some point but imagine there must be some technical hurdles to get beyond before it makes sense to release.

Installation is a breeze by just following the simple installation wizard all Windows users know all about.   A nice video has been created to show how to install and get started:

The video is very clear and the installation wizard really simple, just follow the directions and keep the defaults for the best experience. 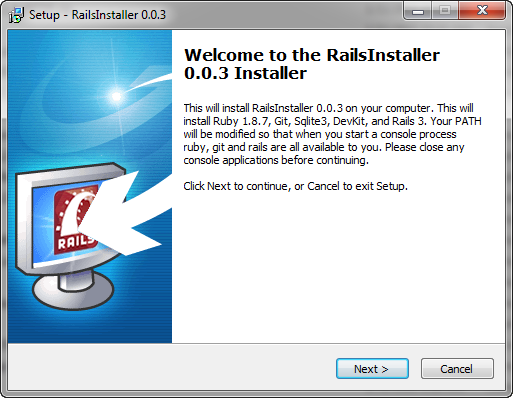 The installer explains clearly what is being installed in this particular version. 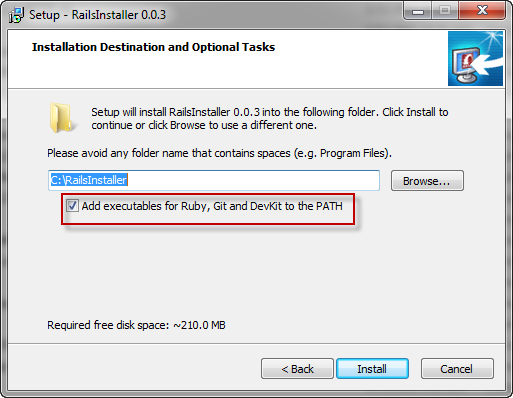 The default is to add to the PATH statement.  I would recommend keeping this so your system knows where to find all the needed executables. 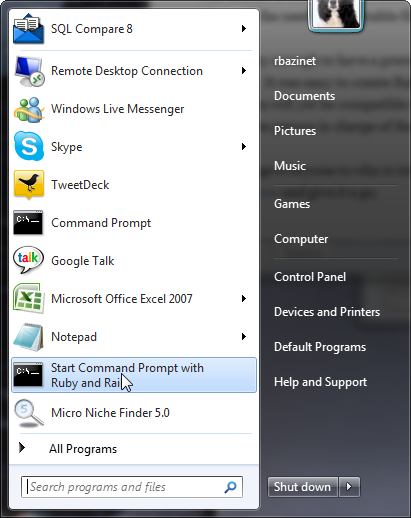 You should notice a nice shortcut to a Ruby and Rails prompt all setup to use. 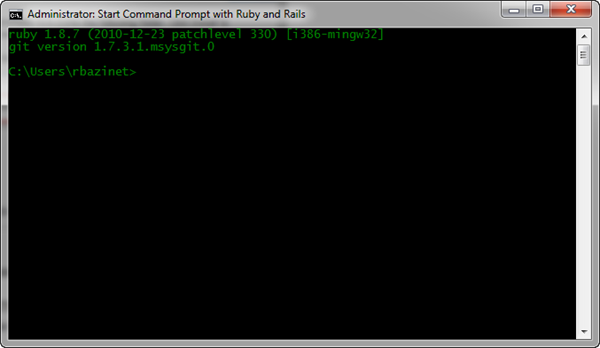 The Ruby version as well as the Git version are cleanly shown.  You are good to go.

I was lucky enough to have a prerelease build of the tool and even in a prerelease state, they guys did a great job.  It was easy to create Rails apps and have them running in no time.  Keep in mind that not all Ruby gems will yet be compatible with Windows.  If you encounter issues you are best advised to contact the person in charge of the gem project you are trying to install.

I encourage everyone to who is interested in Rails on Windows in a clean package to download the installer now and give it a go.

It has been a long time since InstantRails has been brought up-to-date and I had been wondering if the community had any continued interest in the project.

Well, recently I had been contacted about the project and moving it forward and bring it to Rails 3 and Ruby 1.9.2.

I wrote here in the past about setting up to run Ruby on Rails 3 on Windows. ?The steps are not complicated but may be more than new developers are able to follow.

My initial thoughts of components to be included:

In the spirit of keeping these simple; what am I missing? ?What components are missing?

Let’s not talk features just yet but major components only. ?I am leaving out Apache and MySQL as I don’t think they’re needed. ?WebBrick and SQLite3 work just fine for development purposes.

Please provide your thoughts in the comments as to the interest in a new version of Instant Rails and also what components are needed.