You are here: Home / Mobile / The Android Hubbub
Tweet 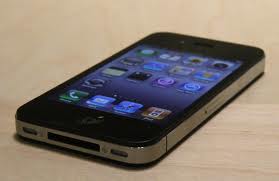 I wrote a few months back about dumping the iPhone in favor of an Android phone running on Verizon, not because I didn’t like the iPhone but because I despised AT&T.

We hear a lot about how fast the adoption of Android is and how it is taking over as the #1 mobile operating system. ?Sure, when carriers are signing up to sell as many Android handsets as possible it’s no wonder Google claims the adoption rate is so high. ?One thing the numbers don’t take into account is quality, we need to remember that quantity does not equate to quality.

Since October 2010 I have been using a Droid X and having come from an iPhone 3GS, I think I have a fair amount of experience using both platforms. ?Comparing the experience of using both, I arrive at the following conclusions:

After using the Droid X for these months I can safely say it was a suffering experience. ?I grew to a real dislike for the device and often times hoped I would lose the phone or have it fall to an untimely death just so I had an excuse to replace it.

I am happy to report that I have come to my last ounce of patients with Android and am returning to the iPhone. ?Oh how I have missed you. ?I had hoped to wait until the iPhone 5 was available but resolved that life is too short to have to have a sub-par mobile experience.

I ran into an article recently titled, “Android Isn?t About Building a Mobile Platform“, which really explains a lot about Google’s drive behind creating Android:

Google is building Android not so they can make great mobile devices and sell them to consumers. Rather, they are making them for these two simple reasons: (1) to disrupt Apple?s growing dominance of mobile devices, both so Google doesn?t have to rely on Apple for access to their users and to eliminate their paid-for application model; and (2) so Google can control the mobile industry and thus secure advertising from it.

It makes a lot of sense and is brilliantly clear but a shame. ?I believe if the goal is not to create a great mobile platform but rather just a conduit for advertising then it will always be sub-par.

So to my readers, I am not writing this post to complain, but to warn. ?I write this from the standpoint of someone who has given two popular mobile platforms a fair shake and come to the realization how different they are. ?Different can be good but it can also be a step backwards, Android is certainly a step in the backwards direction. ?The grass is not greener on the other side of this fence, there are just seeds on this other side. ?It’s young and will likely evolve but it has a long way to go. ?Appreciate your iPhone as I will, which is out for delivery and will arrive today.