You are here: Home / Technology / Impressions of the Google Nexus 7
Tweet 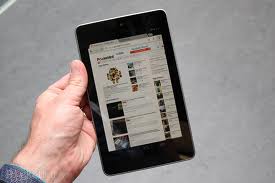